Innovation as a Driver of Digital Society

At the 5th annual e-Governance Conference in Tallinn, French, Estonian and European Commission e-governance experts identified key drivers fuelling successful digital transformations in societies. What fuels the digital transformation? Is it locked in interoperability, regulations, open data, or somewhere else?

Natalia Aristimuño Pérez, responsible for the Interoperability unit in the Directorate-General of Informatics in the European Commission, noted that there are changing expectations about governments’ abilities to deliver value. “If you don’t change the way you do things, then nothing will change,” she stated. 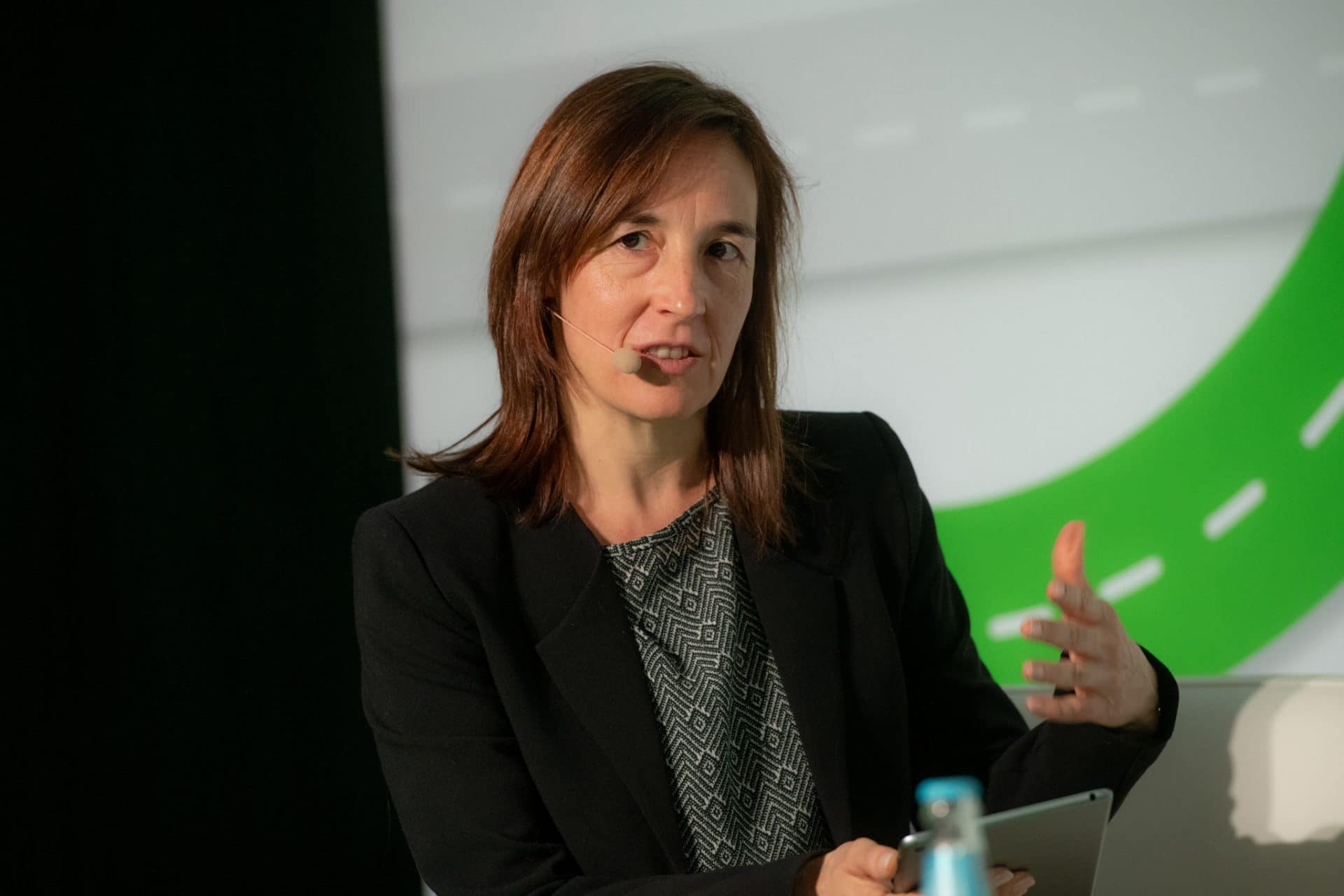 The data is there she said, and the tech too but the workforce must be ready to embrace new ways of working and governments must be prepared to innovate with the data they already have. She advocated the use of open source solutions, “coding with citizens” and more involvement with the private sector.

Governments must be prepared to innovate with the data they already have.

Pérez also claimed that without technical, semantic, organisational and legal interoperability the value of any solutions created would be much less. She urged countries to reuse the open source solutions available through the ISA² Programme which supports the development of solutions in the area of interoperability. The solutions listed on their website are operational and can be reused free of charge and more solutions will be made available continuously.

France has begun to take advantage of open source and open data innovations but co-panelist Côme Berbain, the French State’s Chief Technology Officer, admitted they have problems. The main challenge is how to get ministries to work together and also with the private sector, he said. 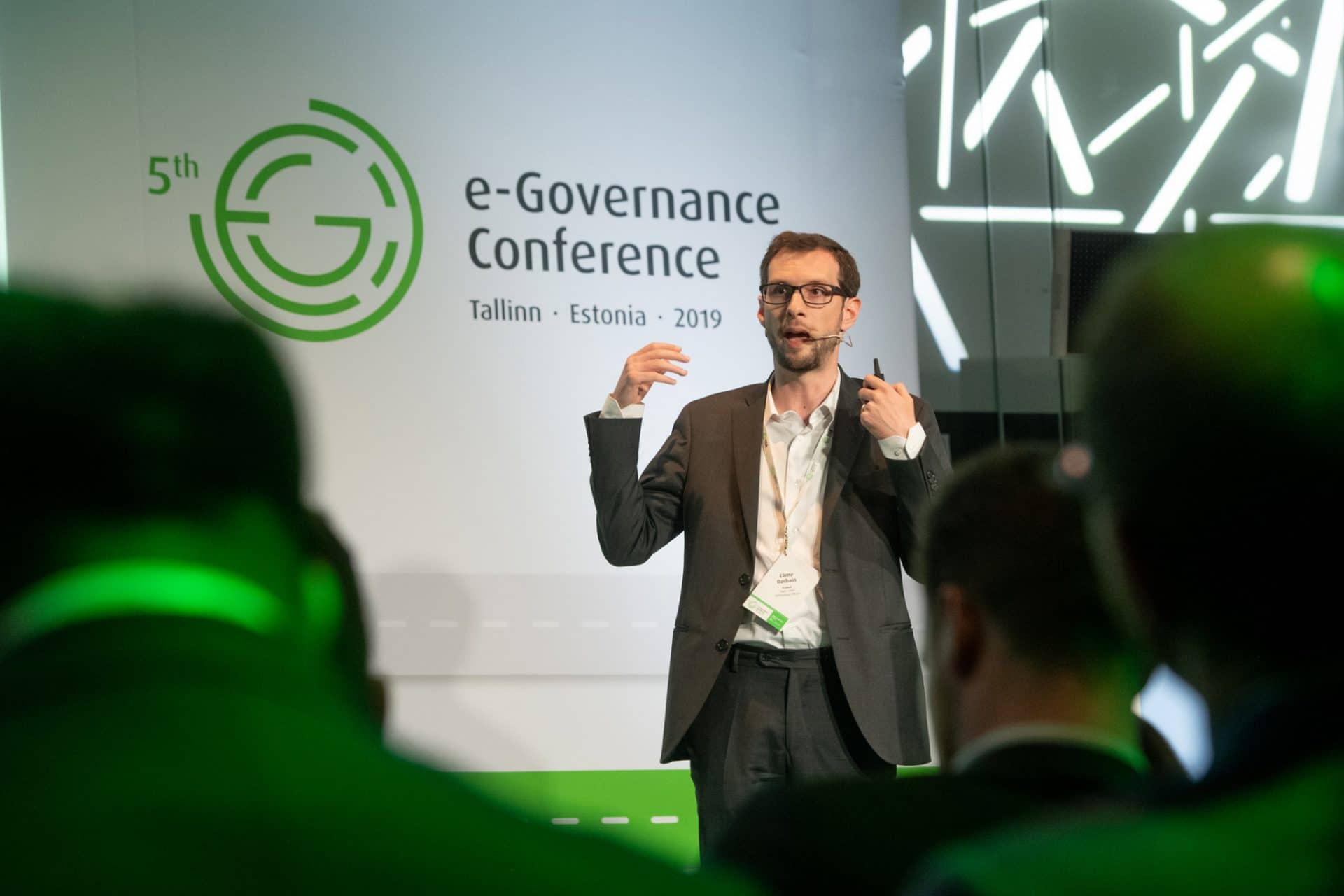 French ministry logic, he explained, means that each have preferred to use their own resources, tools, data, suppliers etc. to create top-down solutions for the citizens’ benefit. Berbain stated that now they are making the ministries work together and become more open to private sector partnerships.

He gave three examples of recent challenges and lessons learnt.

Berbain explained that regulation comes first and he encouraged every country not to just think about public services but think about regulations and talk openly with all relevant government, civil, NGO and private sector stakeholders. He recounted the story of how President Macron and Mark Zuckerberg had discussed the issue of hate speech on Facebook and had agreed that regulation was needed – but what kind of regulation?

Everybody learned during the 4 month collaboration and despite disagreements there was significant progress.

To find out, Facebook and the French government created a combined task force. From the French side, the team consisted of Berbain himself; members of information, justice and environment ministries; representatives of the digital, media & telecoms regulators and the NGO, Fight Against Racism. Everybody learned during the 4 month collaboration and despite disagreements there was significant progress.

Further consultations with civil groups, other social networks, Germany (who had already enacted a law, and the UK who were working on one) resulted in the publishing of a public report which identified the need for a regulator that sits between the NGOs, social platform, state and citizens. It was concluded that Facebook has an obligation to deal with hate speech and reportedly, they agreed to do so at a global level. It’s a work in progress to appoint the regulator in France.

It was concluded that Facebook has an obligation to deal with hate speech and reportedly, they agreed to do so at a global level.

In his second example Berbain said: “Give the data and let the private sector do the work”, adding that, “Open data is one of the few areas where we are ahead of Estonia”. The data is owned by the state but it comes from the people. So France wishes to return the data to the people.

For a moment it seemed a like a modern twist on Abraham Lincoln’s 1863 Gettysburg Address…that this nation shall have a new birth of freedom — and that data of the people, by the people, for the people, shall not perish from the earth…

Give the data and let the private sector do the work.

Berbain detailed how they created a database containing notary data about every French real estate purchase over the past 5 years, carefully omitting any personal data tieing individual identities to the data (attempting to connect the anonymous price & location data with a personal ID is a punishable offence under GDPR regulations).

The data set was made open first to real estate professionals, then researchers and now it’s open to all. The private sector has created maps and other applications to serve both their needs and the public’s. These are not public services per se, but they are services valuable to the public – conceived, created and paid for by the private sector, much faster than the state could ever have done. This open data mentality will persist, aiding the French mission to “solve citizen pain”, he added. 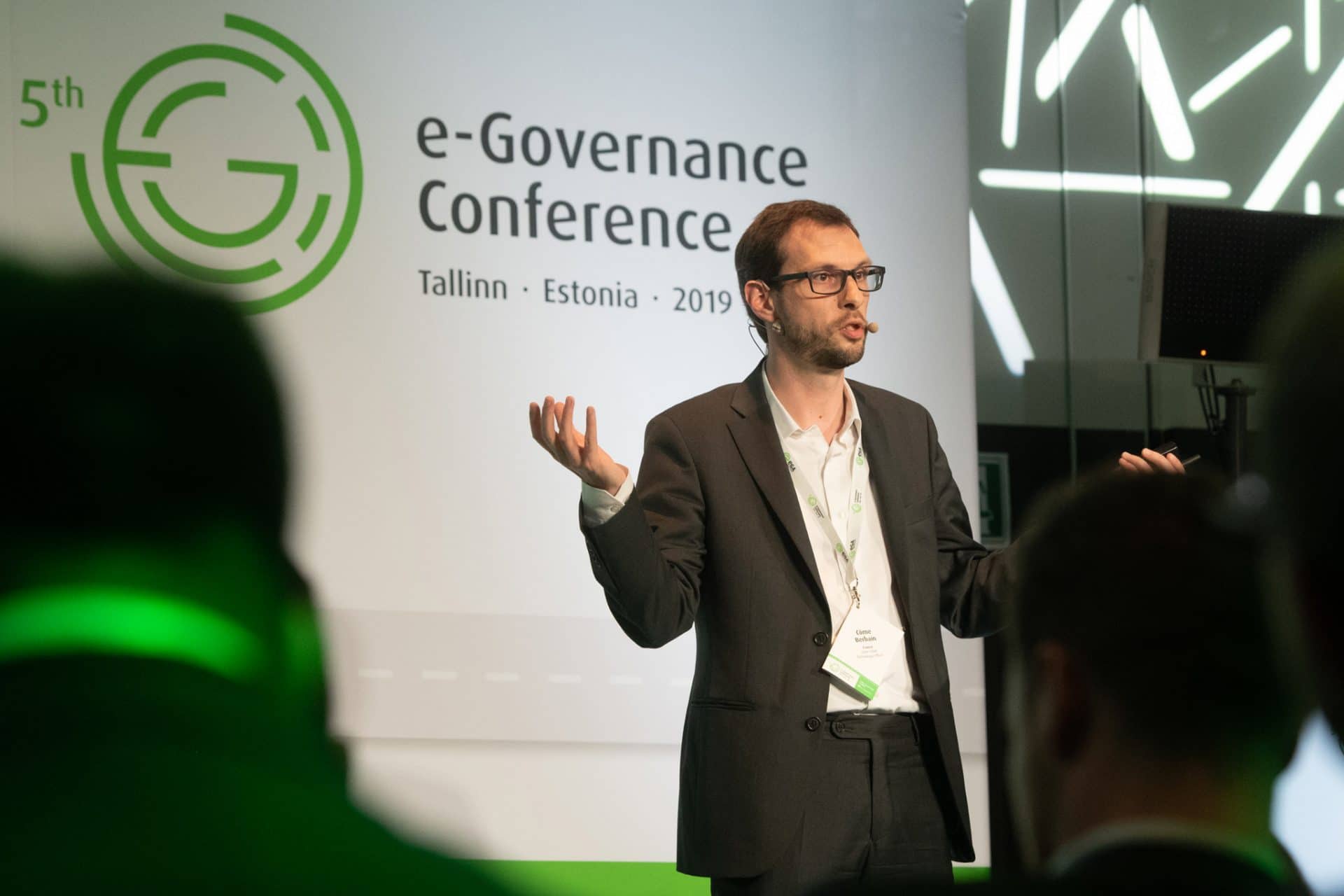 Finally Berbain told how they have created a WhatsApp equivalent for civil servants for security reasons. Rather than build from scratch, through a long-winded procurement process, expensive price tag and a compulsory “big company” partner instead they found an open source project, privately owned, and formed a partnership with them. Relatively quickly and cheaply the necessary functionality and security modifications were made to make it state-friendly and it was launched with very positive feedback.

Now they are in the process of launching a bug-bounty to get the community to help further improve security and build wider trust around the solution, a complementary approach to the work done by the French National Cybersecurity Agency – ANSSI.

“So far we have 20,000 users at all levels of civil service including ministers, ambassadors. Usage is not compulsory at this stage but the army intend to roll it out to 250,000 soldiers to replace the usual social media messaging tools they use now. There are potentially 5M users.” 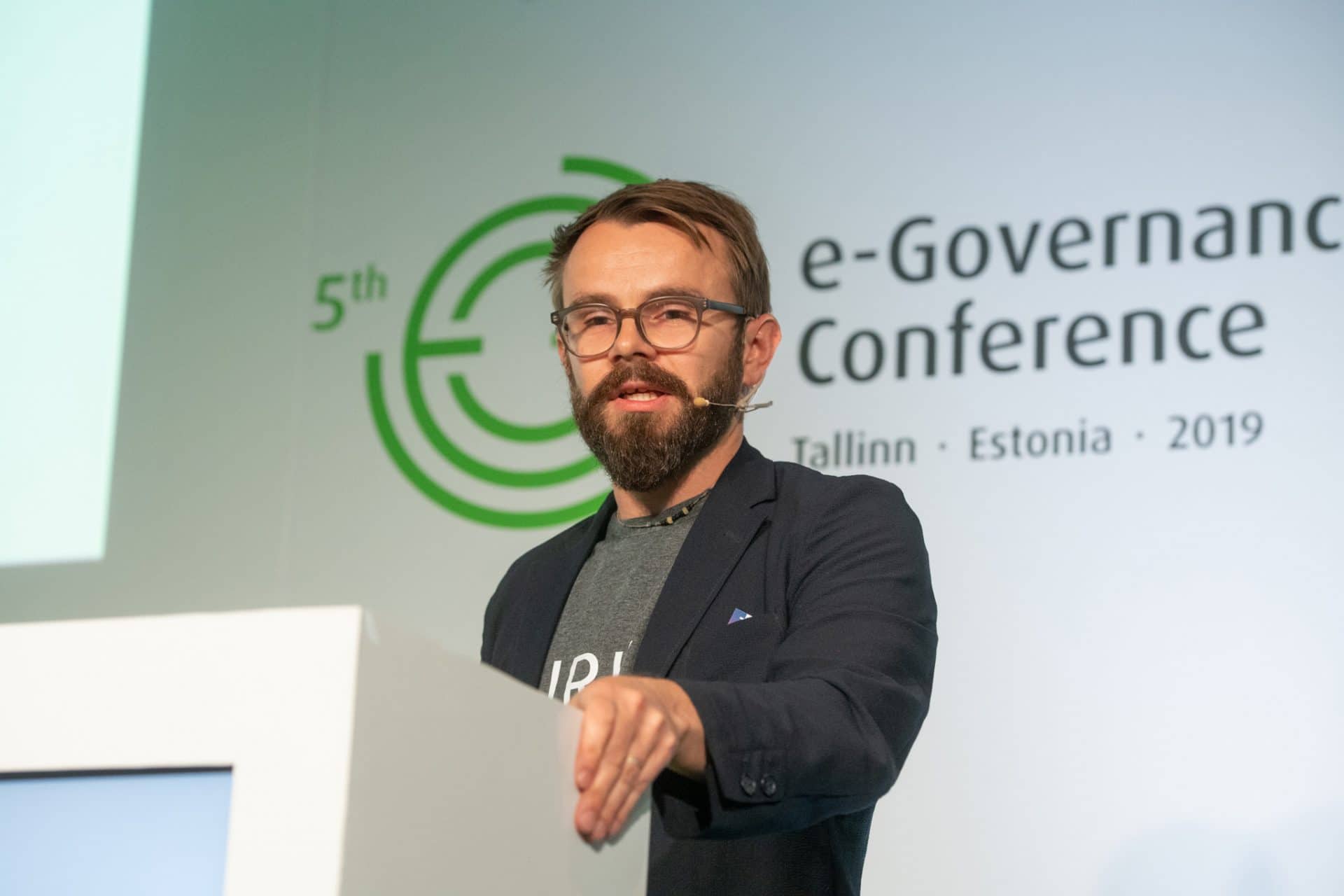 Dr. Erkki Karo, Director of the Ragnar Nurkse Department of Innovation and Governance at TalTech, the third panelist, sees the No 1. innovation towards the sustainable digital transformation of government as “Tech-based (and not tech-driven) high-capacity public sector bureaucracy that has the legitimacy and capabilities to rethink, but not necessarily always change, all aspects of its tasks, delivery styles and organizational modalities.” 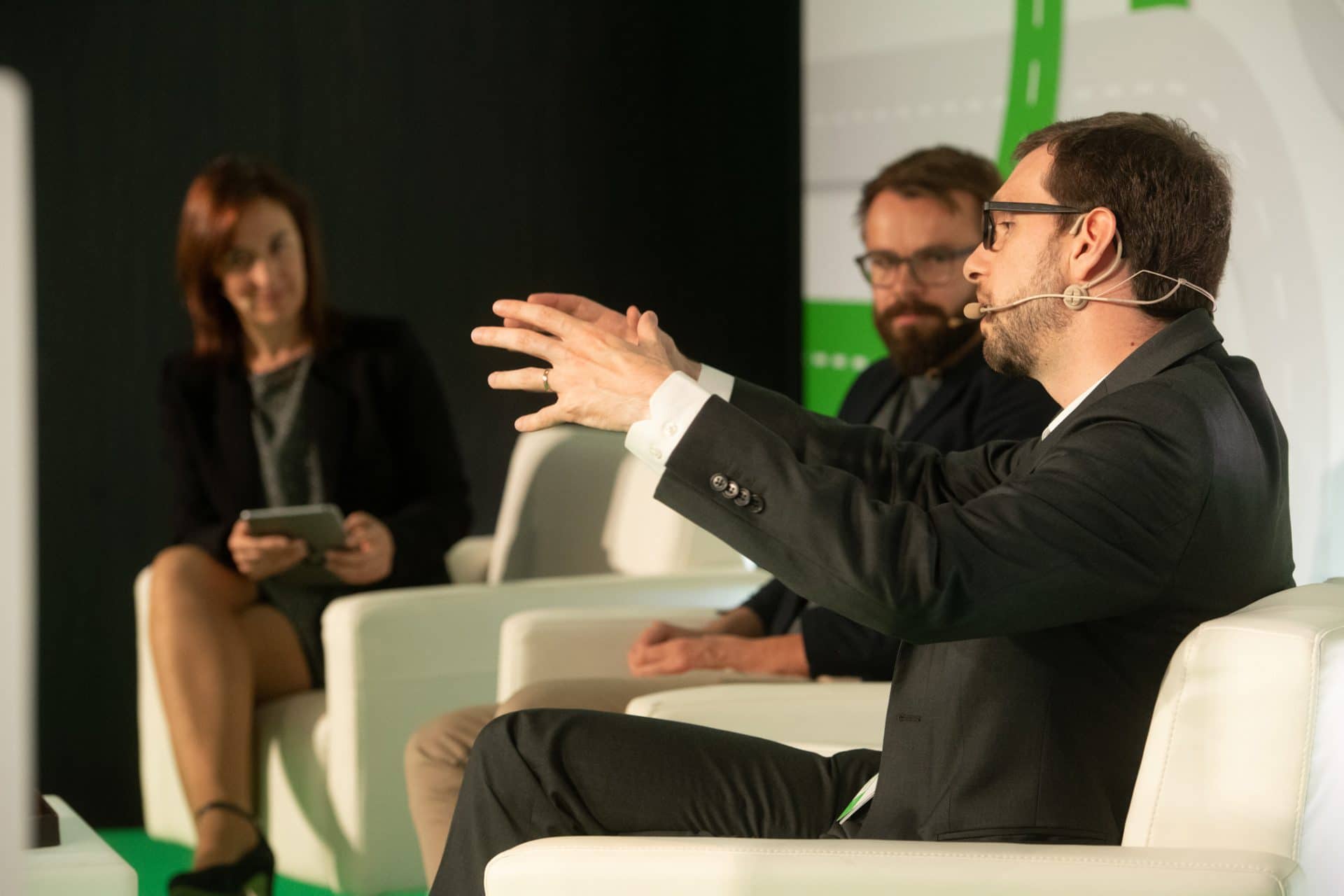 Berbain commented that if interoperability becomes more important than the delivery of a good service then it becomes a constraint and liability. “Users must come first” and Berbain would like to see them “in the room” at an early stage.

Digital transformation is not just about adopting interoperable technologies but that we also need to be rethinking what we do (policies), how we do it (delivery) and fundamentally who we are as organizations.

Karo believes that interoperability and standardisation can be seen as forms of bureaucracy and it’s dangerous to assume that previous solutions are the best for your specific needs or that they are future proof.

Pérez repeated her view that it’s so important to change the way we do things and that she too was well aware of instances of solutions having been created according to “process” but in reality, the adoption rates by citizens were near non-existent.

It seemed clear from the discussion between Perez, Berbain and Karo that, alongside interoperability,  user-centricity, flexible attitudes to open data, private partnerships and IT-educated, or at least IT-aware, bureaucrats could all be key to successful future digital transformations.

The article is based on presentations and discussions held at the e-Governance Conference 2019. Watch the videos of the presentations below!